This is part 4 of my “How to be Flexible” series and in this episode of MoveMedics TV we will explore your brain and movement, the roles your brain plays in movement and why I believe it is a crucial part of any movement training.

This is part four of my “How to be Flexible” series and today we are going to talk about your brain and movement. Let’s jump in.

Hi, I’m Selina from MoveMedics here to help you move better, feel better, so you can keep doing what makes you happy, for as long as you want.

In the previous three episodes we have explored what my Movement Philosophy is and the key concepts of the Movement Spheres™ and the Movement Zones. If you haven’t seen them yet you can catch up here first.

Essentially your brain runs the show, and your brain has one primary objective: To keep you alive.

On a personal level it’s for your survival, but on the grand scheme of things it’s for the survival of the species, we’ve got to stay alive long enough so we can pass our genes on.

Our brains are really good at doing that, it has kept us safe all this time from our caveman, hunter gathering days to how we are now, it is exceedingly good at it, so much so that the part of the brain responsible to keeping us safe hasn’t really changed much at all.

You may have heard people refer to this part of the brain as the lizard brain or the monkey brain, personally I prefer to think of it as the ultimate bodyguard who is hell-bent on keeping you safe.

Now how does that apply to movement? Well your bodyguard is the one who decides your Safe Movement Threshold.

What is the Safe Movement Threshold? Well, it’s basically the threshold with which movement is considered suspicious, and then dangerous, so if your brain sets a really low threshold it really just keeps you on a really tight leash and think everything is dangerous, right.

So the way your brain decides is based on two things, your Movement Capacity, I’ve touched on Movement Capacity in the very first video and I’ll also be making a whole series about that in a moment, but essentially, your brain needs to know whether you have what it takes to do that movement, if you’re lacking in any of the elements required your brain will just think “nah, she’s not ready, not letting her do it”. Your brain also needs to know that the space you’re trying to enter, the shape you want to occupy, is safe.

And this is the most important part because even if you have sufficient Movement Capacity for a movement, if the bodyguard things nope, that is a dangerous place for you, it still won’t let you do it, it will override and say “Nope, not going to happen”

Let me give you a real life scenario: If you’ve ever looked after a young child, you would know that if you and the child are in a space that you have made safe, you’re quite happy to let the child just do what they want, right, but the moment they edge to the boundary and try to break away, you’ll be like “Oi! Where you going?”

You watch them, you still want them to play and explore, right, but you’re watching them now, you’re on alert, and the moment that child runs away and heads towards a street what do you do?

And that’s exactly what your brain does, the ultimate dutiful bodyguard, does for you and your movement, if it doesn’t think it’s safe, it’s just going to do exactly that, not going to let you do it.

So how do we get over that? Well, before we talk about Safe Movement Exploration I want to talk to you more about the brain, in particularly I want to talk to you about Protection Memory, which is a source of frustration and ongoing pain for a lot of people and I think is something you should know about.

But until then, tell me, how strict and protective do you think your bodyguard is? How much liberty do you have in the movement you want to do? Leave me a comment and let me know.

And if you have found this video interesting please give me a thumbs up.

And also make sure you share this with your friends so they learn about the bodyguard too!

And if you haven’t already done so make sure you subscribe to my channel so when the next video come up, it will pop up on your home screen.

And until then, thank you so much for watching and Be Free In Your Movement™. 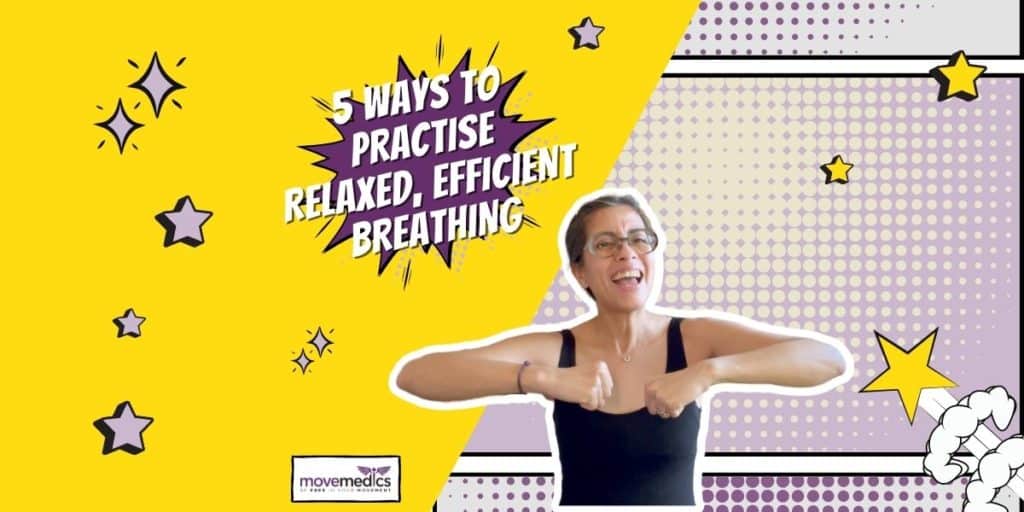 Selina is a physiotherapist based in Brisbane, Australia. She is the director of MoveMedics and creator of Voice Physio and Pole Physio. She is passionate about improving movement for fun and function and creating movement programmes that are fun, easy to use, and accessible. She enjoys running, reading, Formula 1 Racing, and publishes music under her nom de plume, Asirus.